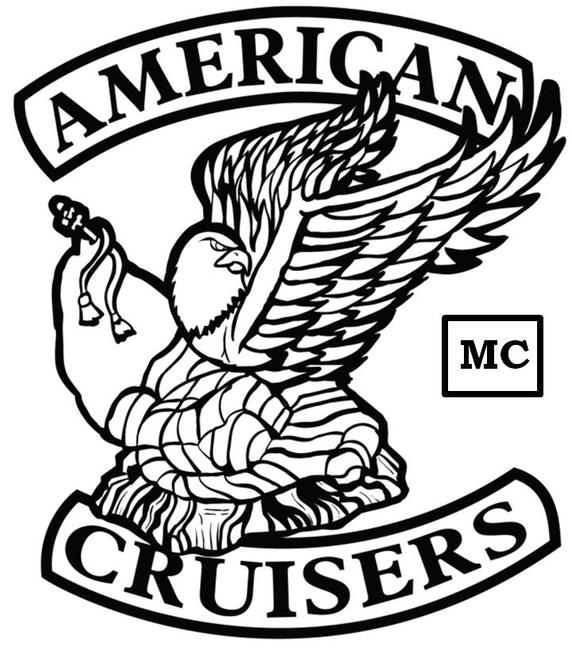 The American Cruisers MC started around 1999 in Long Beach California.

The Patch was designed with the Eagle on a rock and the flag around it.  The words American Cruisers was placed above and below the Eagle keeping everything as a one piece patch.

The Purpose of the Club is to Ride and Enjoy the brotherhood and to support the communities we live in.  Each chapter is to pick a local charitable organization to support.

The mother chapter is located in Alabama with the National President being there as well.

The American Cruisers MC is a non-territorial and neutral club following the rules of the MC world.  We are made up of hard working men and women with a love for motorcycles and supporting our communities.